This morning, Tony's and Cousin Nancy's dear friend, Gerry Olert, the best videographer, editor and producer in Texas, came out to make a 2015 Utopia Animal Rescue Ranch holiday video. And I got to be the star of it, because Cousin Nancy wanted me to be in it. Here's a picture that Tony took of Gerry before shooting/filming us for the video. 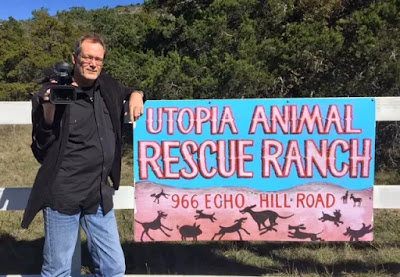 Nancy of course did all of the talking and all I had to do was look cute and we both did an excellent job. FYI: Bob is in the picture, too, but you can't see him, even though he was sitting on top of Cousin Nancy's head and giving the universal two finger, peace sign. 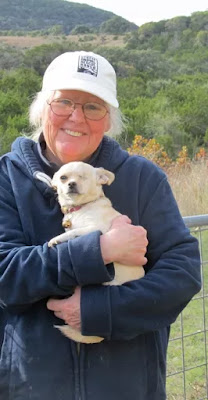 And after Gerry had finished our photo shoot, Cousin Nancy surprised both Bob & me with an important announcement. "As of right now, I am officially appointing Little Debbie as the official mascot of the Utopia Animal Rescue Ranch!"

I was totally shocked with her declaration and so was Bob.

So, as the official mascot for the rescue ranch, my first duty is to wish everyone the very best Thanksgiving that y'all have ever had!

P.S. When the holiday video is ready to be viewed, I will be sure to post it, so you can see me performing. In fact, afterwards Cousin Nancy told me that I was a natural.

This afternoon Cousin Nancy & Tony bought me a present. It came in a box. Bob told me that it sort of looks like me, but it has two eyes. 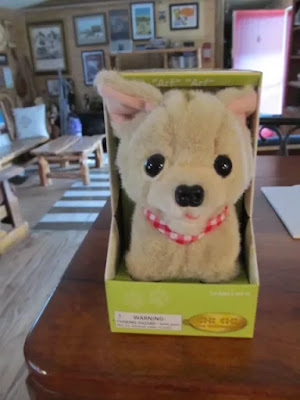 Cousin Nancy put it down on the floor for Big Al(ice), Bob and me to check it out and we didn't know what to think.

Then Cousin Nancy put Big Al(ice) outside with Roy, Belle and Beau, so she could take a video of me with this action figure and at first it scared me. And the weirdest thing is Bob and I couldn't smell anything even though we tried and tried to get a whiff.

Cousin Nancy and I named her Venus and you can check out the video of my close encounter with the weird kind if you click here.

This is one of my favorite pictures of Bob & me. Cousin Nancy took it yesterday when I was giving Bob a ride, because his feet are still sore. Thanks to Roy accidentally laying down on top of him— squashing him flatter than a pancake. I love it when he wears that black cowboy hat of his. He made it using the lint from Cousin Nancy's dryer. 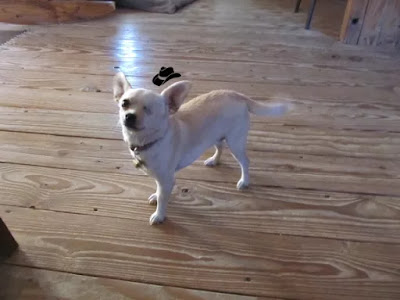 Posted by cousin nancy at 10:13 PM No comments:

This morning my good friend Kris, who always loves to hold me, came inside The Cabin and Cousin Nancy took this cute picture of Kris, Bob and me. I love the picture a lot and because I know that you can't see Bob, he is sitting on top of Kris' head and trying not to fall off. "Kris, I want you and Jim to be my Dog-Parents!" 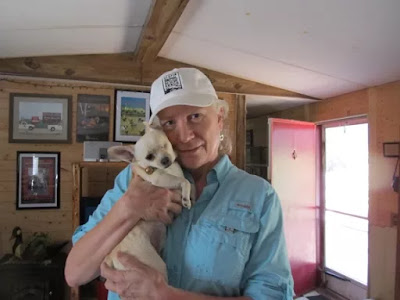 This afternoon Cousin Nancy caught me and Bob sunbathing, inside the trailer that she calls The Cabin. Belle saw her taking our picture and she got jealous, so she ran us off, so she too could be the one in the spotlight. 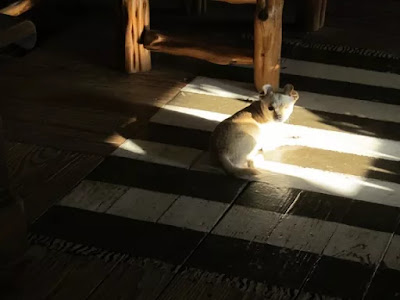 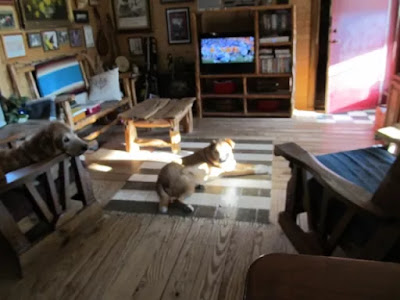 And Roy laughed at both of us and Bob flew off in a snit.

Today I took my first selfie with Bob! Don't we make a cute couple! 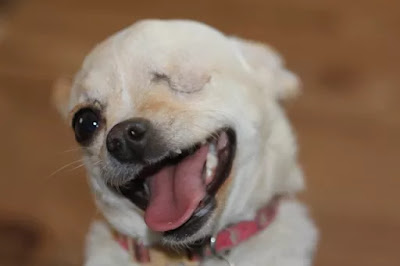 Posted by cousin nancy at 1:10 PM No comments:

This afternoon all of us took a short nap with Cousin Nancy that turned out to be a total disaster for Bob.

Even though it was an accident, Roy laid down, on top of Bob, to take a nap with us. So Bob is now flat as a pancake. 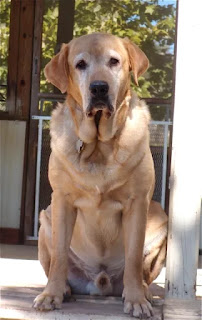 But the good news is the dent in Bob's head is totally gone. Who'd a thunk?

Welcome To My World! 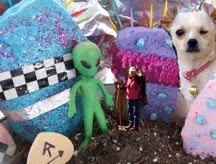 The World According to Little Debbie